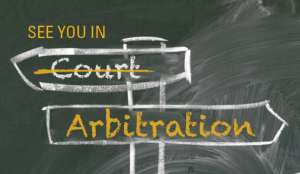 The plaintiff’s employer gave him a binding arbitration agreement to sign on March 9, 2018, followed by a Spanish translation of the agreement seven days later.  On March 19, 2019, the plaintiff filed a lawsuit against his employer alleging a series of claims, including violations of California’s Fair Employment and Housing Act and the California Labor Code.  The plaintiff—still a current employee at the time—returned the signed arbitration agreement two days later.

The employer filed a motion to compel arbitration of the plaintiff’s claims.  The plaintiff argued that the arbitration agreement he signed did not expressly include the claims already filed.  Although the trial court agreed with the plaintiff’s argument, the Appellate Court disagreed.  In holding in favor of the employer, the Court reasoned that the arbitration agreement is “clear, explicit, and unequivocal with regard to the claims subject to it and contains no qualifying language limiting its applicability to claims that had yet to accrue.”

Employees should be wary of signing arbitration agreements, especially current employees after filing a lawsuit, as the ramifications of doing so can be detrimental to an employee’s potential case against their employer for workplace violations.