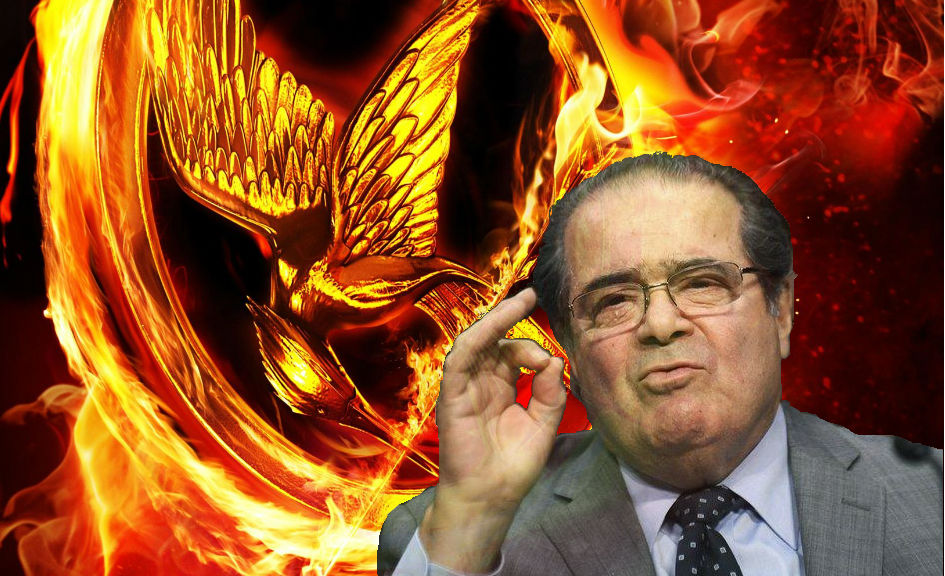 Eight months after a California Court of Appeal unanimously laid the smack down on Bingham McCutchen, ruling that their mandatory employee arbitration agreement was unenforceable, Bingham is going for broke and appealing to the U.S. Supreme Court.

The appeal comes almost five months after the California Supreme Court denied Bingham’s request to review the decision, most likely because the Court of Appeal was abundantly clear when it held that “[Bingham McCutchen] cannot have it both ways” – Bingham picked Massachusetts law to govern its employment contracts, therefore Massachusetts law will be used to interpret its terms, not California law as Bingham suggests. See the published decision here.

Being held to their own (Massachusetts) choice of law is something that BIngham definitely wanted to avoid in this case due to a pesky Massachusetts Supreme Court decision that invalidates their arbitration agreement, thus allowing Bingham’s former litigation associate, Hartwell Harris (a.k.a. Sleeping Beauty), to continue with her wrongful termination lawsuit against the firm.

After filing her lawsuit in Los Angeles Superior Court in 2011, Bingham moved to compel the case to binding arbitration (thereby taking the case out of the court’s hands), however, Judge Mel Red Recana denied Bingham’s arbitration petition on the grounds that the provision was not enforceable under Massachusetts law. Bingham, representing itself, appealed the trial court’s decision but lost in a unanimous 3-0 decision that was also selected by the Court of Appeal for publication.

Bingham then filed a petition for a writ of certiorari on September 17, 2013, thereby asking SCOTUS to review and overturn that pesky Massachusetts case which protects workers’ rights by forcing employers to be clear and up-front when requiring their employees to sign-away their constitutional right to a trial by jury (i.e. forced arbitration clauses as a condition of employment).

Interestingly, an amicus brief was filed on October 21 by a Massachusetts public interest law firm called the New England Legal Foundation (“NELF”). According to it’s brief, the NELF “consists of corporations, law firms, individuals and others . . . committed to the enforcement of arbitration agreements.”

The NELF argues, among other things, that SCOTUS should grant Bingham’s writ in order to “rectify mistrust of arbitration as an adequate forum for the vindication of statutory rights.”

“Mistrust” is probably kind euphemism considering the fact that an overwhelming 81% of Americans dislike binding arbitration – a telling statistic that was also examined by popular civil rights blog Consumerist. In recent years, forced arbitration has become a godsend for employers since it allows them to both hide their unlawful conduct from the public eye and minimize their overall liability due to the fact that arbitrators literally compete for the “return business” of the employer (who both selects and finances the arbitrator). With this inherent bias in mind, it’s not surprising that numerous studies have unearthed significantly lower employee win-rates and awards in arbitration as opposed to traditional lawsuits.

Such was the case with Jamie Leigh Jones, a 20-year-old Halliburton/KBR employee who was forced into secret binding arbitration after she was drugged and gang-raped by seven U.S contractors and held captive by two KBR guards in a shipping container – a case that later inspired congressional hearings and legislation that now bars the military from contracting with companies that require employees to arbitrate sexual harassment or assault claims.

Jones, much like Bingham’s former associate Hartwell Harris, signed an employment agreement upon her hire that, unknown to her at the time, contained a mandatory binding arbitration clause for “any and all disputes,” meaning she had waived her right to a trial by jury for any future claims against the company. Since then, Massachusetts and other states have been slowly moving in the right direction by barring forced arbitration of employment discrimination claims unless the arbitration clause properly identifies those claims “in clear and unmistakeable terms,” thus making it more difficult for employers discretely slip these clauses into already lengthy and confusing employment contracts. This type of state-enacted “heightened notice” rule is exactly what Bingham and the NELF are now trying to shut down with their appeal.

In any case, it’ll be very interesting to see if SCOTUS will grant Bingham’s writ and comment on this increasingly-important issue, especially since a growing percentage of Americans have already signed similar agreements with their employers without even knowing it.

So here’s to Bingham and the NELF: may the odds be [n]ever in their favor.