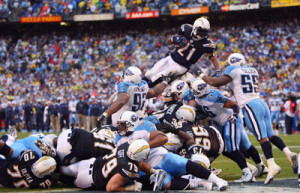 Perea says, “It’s a question of fairness.” There will be debate over whether retired players’ claims are an abuse of California’s workers’ compensation system when they are out-of-state and rarely play games in California during their careers. Workers’ compensation is funded solely by employers and it is possible that they will have to pay surcharges and higher premiums unaccounted for by insurance companies.

Richard Berthelsen, an attorney with the National Football League Players Association said that argument of cost was false. Athletes basically pay for their own compensation and benefits; a proportion is calculated from their salaries to pay for their own insurance.

Labor officials argue that limiting these regulations to only certain players could be unfair. Angie Wei, legislative director of the California Labor Federation, believes that even if they play out-of-state, “these players are workers and they deserve to have access to their benefits. They work for short durations of time at an intense level and get injured.”