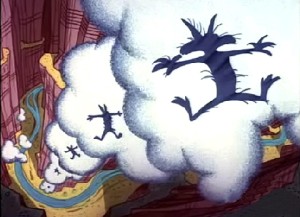 The California Court of Appeal slammed the door today on mega law firm Bingham McCutchen’s attempt to have a wrongful termination lawsuit (filed against them by their former litigation associate, Hartwell Harris) thrown out of court and into binding arbitration.

In the 10-page opinion (certified for publication), all three justices in Division Five of California’s Second Appellate District unanimously agreed that Bingham’s arbitration agreement, found in their employment contracts, was invalid under Massachusetts law, which was Bingham’s own choice in drafting their agreement.

Ms. Harris, represented by the Law Offices of Tamara S. Freeze, first filed her lawsuit against Bingham in November 2011, claiming that, despite her positive reviews, Bingham terminated her once they learned of her disability and need for accommodation. Specifically, Ms. Harris had developed Delayed Sleep-Phase Syndrome (DSPS), a chronic circadian rhythm sleep disorder which disrupts the timing of sleep, peak periods of alertness, core body temperature, hormonal and other daily rhythms. Bingham fired Ms. Harris after they refused her doctor’s proposed accommodations, such as flexible start times or telecommuting and didn’t offer her any other options to accommodate her disability.

After filing her lawsuit in Los Angeles Superior Court, Bingham moved to compel the case to binding arbitration (thereby taking the case out of the court’s hands), however, Judge Mel Red Recana denied Bingham’s arbitration petition on the grounds that the provision was not enforceable under Massachusetts law – an embarrassing revelation for the Massachusetts-based law firm.

Interestingly, Bingham McCutchen knew their arbitration agreement, as originally drafted, was invalid in light of a 2009 Massachusetts Supreme Court opinion: Warfield v. Beth Israel Deaconess Medical Center, Inc. but apparently forgot to update it. Indeed, Bingham’s own attorneys published a press release on their website warning their clients about this new law and how it would affect arbitration agreements . . . a warning that Bingham apparently failed to heed itself. For obvious reasons, the publication has since disappeared from Bingham’s homepage.

Bingham, representing itself, appealed the trial court’s decision and flew-in their own, highly-lauded Appellate Practice Chair from Washington D.C. to argue before the California Court of Appeal. On March 6, 2013, Ms. Freeze, in her first career appellate appearance, completely dismantled Bingham’s arguments, which reflected in the court’s published opinion as all three justices resoundingly affirmed the lower court’s denial of Bingham’s petition to compel arbitration. The court also submitted the opinion for publication in the appellate record as well as ordering Bingham to pay Ms. Harris’ costs on appeal.