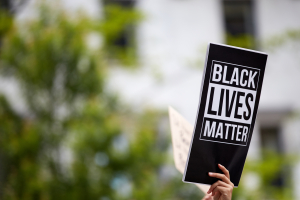 The unjust murders of Ahmaud Arbery, Breonna Taylor, and most recently, George Floyd have mobilized many individuals nationwide to protest systemic racism and the various power structures that allow for racism and bigotry to thrive. California workers who have engaged in lawful protests may have certain protections in the workplace depending on their circumstances.

Additional protections for workers are outlined in California Labor Code 98.6 which notes that an employer cannot discharge an employee, discriminate, retaliate or take any adverse action against an employee who engaged in “lawful conduct occurring during nonworking hours away from the employer’s premises,” such as lawful protesting.

There are various remedies available for employees who are retaliated against or terminated for protesting. California Labor Code 96(k) allows workers, who are demoted, suspended, or discharged for such conduct to file a claim for loss of wages. If an employer discharges or threatens an employee with discharge because they engaged in political activity in violation of California Labor Code 1102, the entity can be fined up to $5,000. Under Cal. Labor Code 1102, an employee may also be able to recover other damages such as lost wages, damages from emotional distress, punitive damages, and in some cases attorney’s fees.

Although California provides workers who engaged in protests with various protections, an employee can still be disciplined and/or terminated if the political action or activity interferes with or disrupts the employer’s business. Because these laws can be complex, always reach out to an attorney to discuss your situation.

Workplace Justice Advocates, PLC has extensive experience representing employees and fighting for justice. WJA is committed to holding employers accountable. If you suspect that you were terminated in retaliation for engaging in political activity or have questions about your rights in the workplace, please contact our office for a free consultation.

Workplace Justice Advocates, PLC was founded to support the rights of California workers and fight against discrimination, retaliation, and harassment in the workplace. Throughout our years fighting for employees who have been wronged, our office has looked to the words of Fredrick Douglass for encouragement—“If there is no struggle, there is no progress.” Now more than ever, our advocacy and commitment to civil rights continues past the walls of the workplace. We believe all people deserve to live dignified lives, free of fear of violence and abuse because of their race. We stand with those who insist on change and demand justice. To express our unwavering commitment to civil rights & our solidarity with the Black community, Workplace Justice Advocates, PLC has made a donation to the NAACP and the We Love Lake Street Campaign.