Chivalry isn’t dead, especially when it pays-off like this.

A Sacramento, CA jury came back today with a gross verdict of $5,653,604.38 in favor of a former claims adjuster, Robert “Bob” Sallustio, a 28-year employee who was defamed and terminated by Kemper Independence Insurance Co. after he tried to stop Kemper management from harassing his ex-wive, who also an employee in Kemper’s marketing department. 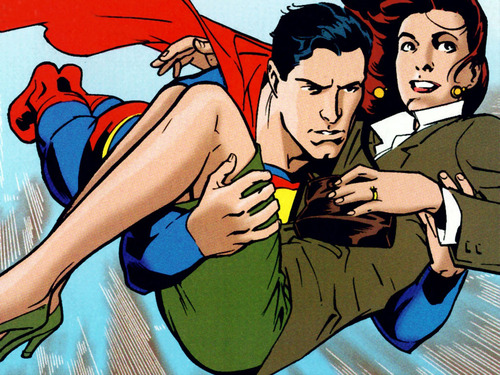 The story is pretty interesting and worth a read:

Bob and his his former wife, Nancy, were undergoing a divorce in 2006 that was (understandably) causing Nancy to suffer from severe stress and anxiety. Unfortunately, Nancy’s condition worsened and she had to take a medical leave of absence in order to get treatment and recuperate. When she returned, however, Kemper management engaged in a campaign of harassment and retaliation in order to convince Nancy to quit her job in the marketing department.

The lawsuit claims that Nancy’s boss, the Regional VP of Marketing, was on a mission to terminate Nancy because he was displeased with her depression and bouts of crying at work due to the divorce. Plaintiff alleged that, as the VP of Marketing, Nancy’s boss was a serious rainmaker for the company and used his influence to recruit both the VP of HR and the Director of HR to meet with Nancy to try and persuade her to quit her job.

According to the HR Director’s meeting notes (labeled “talking points”), she was to offer Nancy a termination agreement and, if she refused, was to threaten Nancy that her boss would simply set “unobtainable goals” for her to meet if she tried to stay.

During this meeting, however, Nancy threw a wrench into her boss’ plans by making a formal complaint to the HR reps that she was being harassed and retaliated against by her boss due to her medical leave and ongoing condition. Even though California employers are required to investigate and put a stop to workplace harassment and discrimination, Kemper’s HR reps allegedly did not open up any investigation and simply ignored Nancy’s complaint while the harassment from her boss continued.

After Nancy’s condition worsened and required a second medical leave, Nancy attempted to return to work, but asked if she could work from home on certain days as a reasonable accommodation for her condition. Her boss immediately denied the request and also quickly attempted to block her return by filling her position with a random employee from the claims department who had no marketing experience whatsoever.

Bob then went to bat for his ex-wife by complaining to her boss and to HR about this unlawful treatment. Bob demanded that the harassment stop and that Nancy be allowed to return to work. Bob alleged that his complaints, however, were completely ignored.

Seeing that management was not going to help, Bob (brilliantly) went directly to the claims employee and offered him a promotion if he passed on the marketing position and stayed in the claims department. It worked, and the employee rejected the VP’s offer, thus keeping Nancy’s job open for her return.

The lawsuit claims that, the very next day, Nancy’s boss (probably furious that he’d been outfoxed by Bob) retaliated against Bob by making false, defamatory statements about him to the HR department – claiming that Bob was “never around” in the morning for the last 5-6 months. This was despite Bob’s exemplary 28-year work history at Kemper where he had received numerous promotions and accolades for his superior work product and never had any attendance issues.

Nancy’s boss then recruited the VP and Director of HR  (the same two HR reps who were helping him block Nancy’s return) to assist him in opening up an “investigation” against Bob. The “investigators” then approached Bob’s boss, the VP of Claims, and made the same defamatory statements about Bob’s work attendance.

The VP of claims testified that he was “shocked and surprised” by the accusations against Bob, that he had known Bob for 20 years, and that Bob was a great manager, hard working, and well respected. Just four months prior, he had had given Bob a stellar performance review in which he rated Bob as “exceeds expectations,” or “consistently exceeds expectations” in all categories.

Allegedly, Nancy’s boss and the HR reps then turned to Corey Jacobs, the Technical Claims Manager who worked directly underneath Bob and who saw the attack on Bob as an opportunity to takeover his job. Bob had been mentoring Jacobs to take his position in the next few years, however, Bob’s early retirement plans had been set aside due to the recent financial strain of his divorce.

Hoping to spur an early exit by Bob, Jacobs then supported and embellished upon the Marketing VP’s defamatory statements, adding that Bob was “hardly around” for the past 18 months, worked less than 15-20 hours per week and was otherwise “unavailable.”

Bob testified that, at this time, Jacobs’ attitude towards Bob completely changed and that Jacobs even commented to Bob: “I didn’t get my MBA to be your Technical Claims Manager for the next 9 years.”

Despite Kemper’s policy for conducting fair and through investigations, none of the HR investigators ever interviewed Bob about his attendance record, nor did they even alert Bob about the accusations until the moment they fired him for his alleged failure to be at work on a regular basis.

In the lawsuit, Bob contended that he worked 50-60 hours per week for the last 28 years at Kemper and that his department was handling an additional 22,000 new claims per year for which he was ultimately responsible for. More importantly, it was shown that nobody on the “investigation team” ever looked at Bob’s key card logs, computer login or phone records, all of which were easily accessible and would have shown the allegations to be false.

The day after Bob’s termination, Nancy attempted to return to work with a doctor’s note and Kemper falsely told her that her position had been filled – a contention that Kemper allegedly tried to support by altering documents.

Kemper is allegedly appealing the verdict while Bob is also appealing a judge’s decision to throw out his claims of wrongful termination and retaliation just five days before trial.

Kemper was represented by Seyfarth Shaw LLP after its previous defense counsel, Littler Mendelson, was sanctioned and disqualified by the trial court due to its breach of ethics in obtaining and using Nancy’s psychotherapy records without her consent.