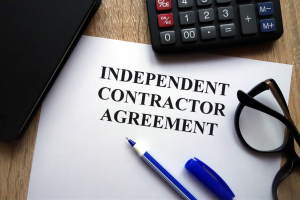 On September 18, 2019, Governor Gavin Newson signed California Assembly Bill 5 (AB 5) into law, and in his signing statement, declared AB 5 “landmark legislation for workers and our economy.”  AB 5 codifies last year’s California Supreme Court decision in Dynamex Operations West, Inc. v. Superior Court of Los Angeles, in which the Court adopted a new legal standard for determining whether workers should be classified as employees or independent contractors.

There is now a presumption that all workers are employees—and therefore not independent contractors—unless the hiring entity can demonstrate that the worker satisfies all of the following conditions (the “ABC” test):

(B) That the worker performs work that is outside the usual course of the hiring entity’s business; and

(C) That the worker is customarily engaged in an independently established trade, occupation, or business of the same nature as that involved in the work performed.

Additionally, by adding Section 2750.3 to the California Labor Code, AB 5 clarifies that Dynamex applies to the Labor Code and Unemployment Insurance Code.  This means that workers who are deemed employees under Dynamex are entitled to other employment benefits, such as paid sick days and the protections of the unemployment insurance code.

The purpose of AB 5 is to reduce worker misclassification, which can result in workers being robbed of basic worker protections such as minimum wage, paid sick days, and health insurance benefits.  However, AB 5 carves out some exceptions from the “ABC” test for specific occupations, including, but not limited to: doctors, dentists, lawyers, architects, engineers, real estate agents, insurance agents, accountants, hairstylists, and barbers.

If you or anyone you know has been misclassified as an independent contractor, WJA may be able to assist you!