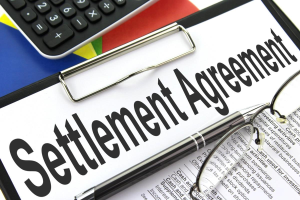 California Code of Civil Procedure § 998 is designed to promote settlement of legal disputes including arising under the Fair Employment and Housing Act (FEHA).  Section 998 provides that if during the course of litigation, one party makes a settlement offer, that offer is refused, and the recipient of the offer then fails to obtain a better result at trial, then the party that made the settlement offer is entitled to an award of all attorneys’ fees and costs incurred from the time the settlement offer was rejected.

Plainly reading the statute, if a defendant makes a § 998 offer, plaintiff fails to accept, and the defendant later wins at trial or arbitration, then the plaintiff is responsible for defendant’s attorneys’ fees incurred from the rejection of the offer, which usually is a considerable amount.

Legislature amended the provision and applied it retroactively in Scott v. City of San Diego

In 2015, San Diego Police Department Sergeant Arthur Scott sued the City of San Diego (City) in California Superior Court, alleging race discrimination and retaliation in violation of the FEHA.  Scott rejected a $7,000 Section 998 offer made by the City and proceeded to trial, where the City prevailed and was awarded costs, even though the trial court had found that plaintiff’s FEHA claims were not frivolous.

While this appeal was pending, the Legislature amended FEHA’s cost provision statute to specifically state that, notwithstanding section 998 of the Code of Civil Procedure, a prevailing defendant may not recover attorneys’ fees and costs against a plaintiff asserting non-frivolous FEHA claims.  The court in Scott concludes that, the Legislature sought to clarify existing law, rather than to change it.

The court reasoned that the old § 998 fee-shifting rule would create an incentive for defendant to make a lowball offer to the plaintiff almost immediately, forcing the plaintiff to choose between accepting the offer—effectively giving up on the claim—or continuing with the risk of having to pay a significant amount of attorney’s fees and costs.  Many plaintiffs would simply walk away from the effort to vindicate their civil rights.  The amendment of the statute will thus strengthen the deterrent effect against discrimination, harassment, and retaliation.

Because the statute merely clarifies, rather than changes existing law, existing law is properly applied to transactions predating its enactment.  Thus, the court retroactively applied the amended statute in Scott and reversed the award of costs to the City.

The decision in Scott is thus helpful for employees in pursuing their rights under FEHA without worrying about the risk of having to pay a considerable amount of attorney’s fees and costs if they reject a 998 offer and don’t recover more than the offer.