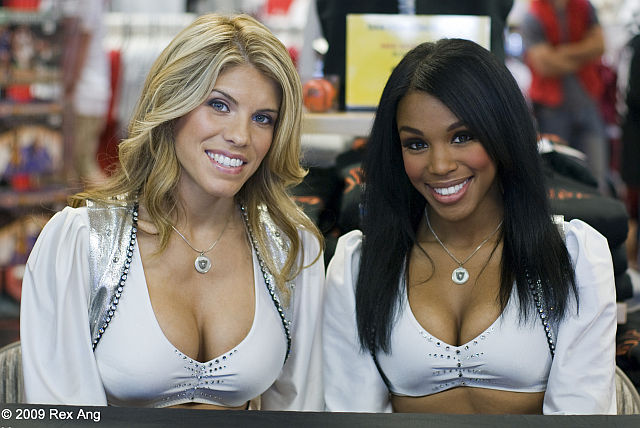 The Raiderettes have filed suit in Alameda County Superior Court this Wednesday alleging the Oakland Raiders are guilty of wage theft and unfair employment practices according to the San Jose Mercury News.

The cheerleaders allege that Oakland Raiders’ management unlawfully withholds their wages until after the close of season, which a violation of California labor laws mandating that earned wages be paid on a biweekly basis. Further, the cheerleaders allege that the team does not pay them for all hours worked and even forces them to pay for work-related expenses out-of-pocket without any reimbursement.

Most importantly, the allegations reveal that the Raiderettes’ are paid less than minimum wage for their services, earning an annual salary of only $1,250, which amounts to less than $5 per hour (a full $3 per hour less than the state minimum of $8 per hour). This is a HUGE violation of the California Labor Code that often results in massive penalties and even liquidated damages for the employer.

As if that wasn’t bad enough, the Raiderettes also report that they’re charged monetary fines for “infractions” such as bringing the wrong pom-poms to practice, wearing the wrong workout clothing to rehearsals, failing to bring a yoga mat to practice, or not turning in written biographies on time, according to Mercury News.

With this in mind, the Raiderettes’ attorney told Mercury News that the Raiders “owe thousands of dollars in back wages to both current and former cheerleaders.”

According to ThinkProgress, the Oakland Raiders had revenues of $229 million and a $19.1 million operating income in 2013, according to Forbes, which estimated that the franchise is worth $825 million.

Despite their income, it’s not hard to see why big employers like the Raiders commit wage theft: because they can. The harsh reality is that every employer knows that their employees need their jobs far more than the employer needs them, which is why big and small businesses alike will often take advantage of that imbalance of power by refusing to pay overtime, refusing to allow meal and rest breaks and forcing their employees to sign away their right to sue their employer (i.e., forced arbitration).

According to ThinkProgress, claims of wage theft have increased by 400 percent since 2000, and more than two-thirds of low-income workers will experience wage theft at some point in their careers, according to one study.

In response to this epidemic of wage theft in California, lawmakers have enacted several hard-hitting penalties for employers who partake unlawful wage practices, including the Private Attorney Generals Act of 2004 (“PAGA”), which gives private citizens the authority to recover massive civil penalties on behalf of the state of California. The act was passed as a means to incentivize private citizens to enforce wage laws in response to the state government’s inability to keep up with rising wage theft in California.

Even then, most workers simply fail to realize they have been the victim of wage theft and, even if they do, most are not willing to risk their job by reporting these violations to their employer or the state government. It should be noted, however, that there are several “whistleblower” provisions of the California Labor Code that protect employees who file complaints of wage theft or unlawful wage practices, including a possibility of filing suit for wrongful termination in violation of California public policy.

If you believe you may have been the victim of wage theft, you should definitely contact an employment attorney as soon as possible, as most employees can only recover wages going back a maximum of four (4) years. Additionally, most penalties (which can be substantial) can only go back one (1) year from the time of filing suit.

Hopefully, the Oakland Raiders will decide to settle their dispute with the Raiderettes by paying their current and former cheerleaders their owed wages and other costs they have incurred in the line of work and in being forced to file suit. Oh, and by the way, that includes interest of 10% per annum. Ouch.