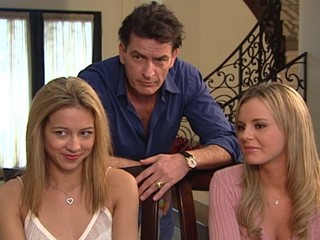 The investigation did find that Gaylardo and the student had exchanged about 1,000 text messages, however, both the student and her mother came forward with affidavits to support Gaylardo, stating that there was nothing inappropriate about the relationship and that Gaylardo was merely mentoring the teen, who was only seeking advice about balancing schoolwork with her involvement in athletics. In her affidavit, the teen stated “It is wrong that such a good person…is suffering simply for helping me with my struggles.”

After being forced to resign, however, Gaylardo discovered Memos’ role in the investigation and that Memos had filed a written complaint stating that she observed Gaylardo and the teen having a flirtatious relationship, often “giggling and laughing together many times,” and that the “rapport” she observed between the two of them made her “feel uncomfortable.”

At a later hearing, the Department of Education was not interested in the retaliation by Memos and instead gave Gaylardo an “unsatisfactory” rating, retroactively terminated her employment and placed Gaylardo on “blacklist” of sorts that will prevent her from ever teaching at a city school in the future.

The story has since been covered and widely publicized by many other news outlets, including the New York Post and Gawker, which has undoubtedly placed a large amount of pressure on the school’s legal representatives, who have stated that they will “review the lawsuit and respond accordingly,” according to New York Daily News.

While most people would label this case as textbook sexual harassment lawsuit, I can say that, at least in California, Gaylardo’s retaliation claim would be much stronger.

Generally speaking, sexual harassment is hard to prove when it centers around a single isolated event or stray remark made by a boss or coworker. That’s because sexual harassment must be severe and pervasive enough to interfere with the terms and conditions of employment, which is usually the case when you have a superior or coworker making constant crude remarks, hitting on an employee, asking them out, touching or gesturing. If true, what Memos allegedly did to Gaylardo is still sexual harassment, but it might be difficult to prove or impute liability onto the employer based on one stray remark standing alone (if that’s the case here).

Employers still have a separate duty to take steps to prevent sexual harassment from occurring, but without any report or complaint by the affected employee, it’s likewise hard to prove liability without other evidence showing a pattern or similar failures to prevent harassment in other instances.

Retaliation, however, is a much stronger claim for a case like this, especially when the employer investigated, found misconduct and retaliatory behavior, yet ratified such behavior by refusing to discipline the harasser and then terminating the employee per the harasser’s retaliatory design.

In Gaylardo’s case, it looks like she didn’t report the sexual harassment or retaliation, however, her employer clearly failed to fully investigate or, at the very least, ratified the retaliatory behavior of Gaylardo’s boss, which (in California) would amount to two separate causes of action: retaliation and wrongful termination.

I can’t speculate on New York’s anti-discrimination and workplace harassment laws, but if they’re anything similar to the Fair Employment and Housing Act (which I believe they are), then the school may be in some serious hot water for a potential retaliation claim. Hopefully, with the added publicity and public scrutiny, Gaylardo will find justice in the near future.