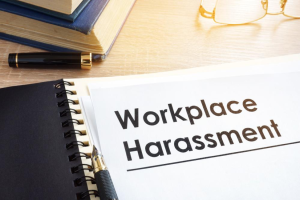 SB 1300, a bill that emerged from the #MeToo movement, was signed into law by Governor Jerry Brown last fall and went into effect on January 1, 2019.  As part of the California legislature’s efforts to provide more comprehensive safeguards for employees in the workplace, SB 1300 amends California’s Fair Employment and Housing Act (FEHA) in a way that expands employers’ potential liability from harassment and discrimination claims.

Among other employee protections, SB 1300 lowers the burden and standard of proof for plaintiffs to prevail on harassment claims under the FEHA by adding Government Code § 12923, which consists of five declarations of intent with regard to application of the laws about harassment:

(1) A plaintiff need only prove that “a reasonable person” would find that such harassment altered working conditions as to make it more difficult to do the job, affirming the standard set forth by the Notorious R.B.G. (Justice Ruth Bader Ginsburg) in her concurrence in Harris v. Forklift Systems (1993) 510 U.S. 17 which provides that a plaintiff does not have to prove “tangible productivity has declined as a result of the harassment.”

(2) “A single incident of harassing conduct” is enough to establish a hostile work environment “if the harassing conduct has unreasonably interfered with the plaintiff’s work performance or created an intimidating, hostile, or offensive working environment,” rejecting the Ninth Circuit’s opinion in Brooks v. City of San Mateo (2000) 229 F.3d 917.

(3) “The existence of a hostile work environment depends upon the totality of the circumstances and a discriminatory remark, even if not made directly in the context of an employment decision or uttered by a non-decision-maker, may be relevant, circumstantial evidence of discrimination,” rejecting the “stay remarks doctrine” in Reid v. Google, Inc. (2010) 50 Cal.4th 512.

(4) “The legal standard for sexual harassment should not vary by type of workplace,” disapproving and rejecting the decision in Kelley v. Conco Companies (2011) 196 Cal.App.4th 191.

While legislative declarations are generally not binding on courts, the California legislature’s act of adding this standalone code section to the FEHA solely to express its understanding of the appropriate legal standards surrounding harassment claims demonstrates the legislature’s intent to lower a plaintiff’s standard of proof in harassment cases.

These changes to the FEHA will make it much easier for plaintiffs to file, litigate, and win harassment and discrimination claims against employers in California.