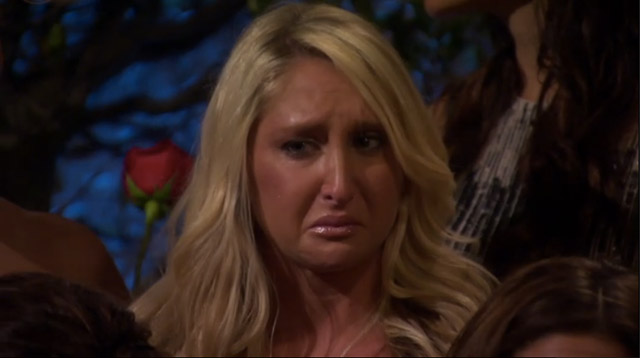 Following its January 10th conference, the U.S. Supreme Court released its list of cases it will take and it appears that Bingham McCutchen has been left standing without a rose.

This rejection dashes Bingham’s final hope to overturn a December 2012 trial court ruling that denied Bingham’s attempt to force a disability discrimination lawsuit out of court and into the void of binding arbitration.

Judge Mel Red Recana of the Los Angeles Superior Court denied Bingham’s motion based on the fact that Bingham’s arbitration agreement (which it forced its employees to sign) was invalid under a Massachusetts “heightened notice” rule that requires forced employment arbitration clauses to be “clear and unmistakable” as to the fact that it’s forcing employees to waive their constitutional right to a trial by jury for civil rights claims. Bingham picked Massachusetts law to govern all of its employment contracts, which included the one signed by plaintiff Hartwell Harris, a disabled litigation associate who worked for Bingham in Santa Monica, CA.

The megafirm immediately appealed Judge Recana’s decision to the Second District California Court of Appeal, only to be shut down in a unanimous 3-0 decision, flatly stating that Bingham McCutchen “cannot have it both ways.”  The Court of Appeal noted that Bingham picked Massachusetts law to govern its employment contracts, therefore Massachusetts law will be used to interpret the contract’s validity, not California law as Bingham suggested. See the full published decision here.

Bingham then appealed the the new decision to the California Supreme Court, which gave a tip-of-the-hat to the Second District by rejecting Bingham’s petition. This left Bingham with the final hope of petitioning the Supreme Court of the United States for review. Accordingly, Bingham McCutchen’s petition to SCOTUS was entirely designed and directed at overturning that pesky “heightened notice” state law that invalidated their forced arbitration agreement.

Bingham argued that this inconvenient rule, requiring arbitration clauses to be “clear and unmistakable” (aka, giving workers fair notice when they’re about to sign away their civil rights), is a thorn in the side of the Federal Arbitration Act, which aims to enforce valid arbitration agreements.

Of course, never mind the fact that virtually all employees are forced into signing arbitration agreements in the first place, thus waiving their right to sue their employer for illegal conduct like discrimination, retaliation and sexual harassment . . . you know, small stuff that nobody cares about. No need to bring a “judge” or “jury” into that, right? Just let our, ummm “neutral” arbitrator figure it out for you. Now sign here or you’re fired.

On a more positive note, the Supreme Court’s rejection of Bingham’s appeal brings a bit more light into an admittedly dark legal landscape concerning forced arbitration for America’s workforce. It seems, at least for the time being, that states like Massachusetts will be allowed to enforce “heightened notice” rules that will help prevent employers from quietly slipping these forced arbitration clauses in to already dense and complicated employment contracts.

Employees will still have no choice but to sign these one-sided “agreements,” but at least they’ll understand what they’re giving up, which will hopefully generate some much-needed discussion about forced arbitration in employment, an issue that has quickly (and quietly) become the biggest threat to civil rights that nobody knows about.

Interested in learning more about forced arbitration in employment? Take a look at the Arbitration Fairness Act sponsored by Senator Al Franken of Minnesota (make sure your state representative is a cosponsor if the act gets introduced for 2014!). This act would stop employers from forcing their employees to waive their right to a jury. Employers and employees would still be allowed to arbitrate their dispute, but only if they both agree to do so after the dispute arises, not before.

In any case, here’s to SCOTUS – we’re glad you went with your gut on this one, even if Bingham claimed it was “here for the right reasons.”