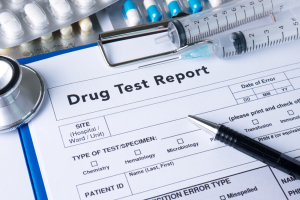 In 2008, in Ross v. Raging Wire Telecommunications, Inc., the California Supreme Court held that employers are not required to accommodate for using marijuana, an illegal substance, even if it was prescribed by a physician. The court’s decision was simply reasoned: The FEHA does not require employers to accommodate the use of illegal drugs. Even though the Compassionate Use Act of 1996 [Health & Safety Code section 11362.5] provides that persons using marijuana under the care of a physician are not subject to criminal prosecution by the State, no state law could completely legalize marijuana for medical purposes because the drug remains illegal under federal law.

Ten years later, medical marijuana became officially legalized in California for recreational use. Interestingly, this did not affect drug testing at work.  In theory, smoking marijuana, just like drinking alcohol, is now a legal after-work recreational activity. However, alcohol consumption, unlike cannabis, does not leave traces that would show up on a drug test days later and would prevent you from getting hired.

Moreover, federal law gives no guidelines in such workplace situations. The federal government requires testing by employers in a few safety-sensitive industries (including transportation, aviation, and contractors with NASA and the Department of Defense); however, federal law does not otherwise require or prohibit drug tests.

The California Constitution, on the other hand, restricts employers from monitoring employees’ off-duty conduct. However, the right to drug test is not necessarily unconstitutional, courts use a “reasonableness” balancing test to make this determination on the case-by-case basis.  They balance the employee’s reasonable expectation of privacy against the employer’s legitimate interests in imposing the test. This means that an employee can still get fired or denied of a position if tested positive for marijuana even if he or she has not done anything illegal.

Some states, like Nevada, have enacted laws that prohibit denial of employment based on a positive test for marijuana. However, California is not there just yet. Just last year, there was a bill introduced in California to provide such protections for employees, but the bill did not pass.

The law in this area is still evolving, so make sure to check our blog for the latest updates.