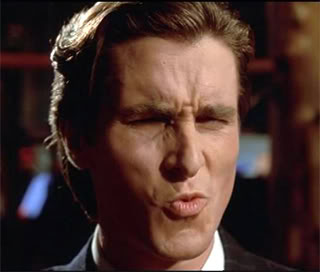 A rough approximation of UPS’ face after the attorney fee motion.

Ouch. A December decision by a federal appellate court is sure to intrigue employment attorneys as well as hopeful plaintiffs. The U.S. Court of Appeals for the 9th Circuit affirmed an award of nearly $700,000 in attorney fees against UPS even though a jury only awarded $27,000 in damages to its former employee at trial. See the court’s decision here.

Plaintiff Kim Muniz filed suit against her former employer UPS after she was demoted two levels, from division manager to supervisor, based solely on her gender. At trial, UPS contended that Muniz was merely “promoted beyond her level of competence,” however, the jury disagreed after viewing the documentary evidence and witness testimony at trial – ultimately siding with Muniz and levying a verdict against UPS consisting of Muniz’s lost wages, medical expenses and other incidental damages (totaling about $27,000).

Because Muniz had won her gender discrimination lawsuit based on claims from the Fair Employment and Housing Act (FEHA), the law demands that she also be awarded attorney fees for the cost and effort of filing suit in order to obtain a verdict.

Based on the extensive work they had conducted through litigation and trial, Muniz’s attorneys field an attorney fees motion for roughly $2,000,000. The trial court did grant the motion, but reduced the award to $697,162.

UPS then appealed to the 9th Circuit, but did not dispute the verdict. Instead UPS argued that the trial court’s award of attorney fees was an abuse of discretion (even though it was reduced by nearly 65%).  UPS insisted that the amount should have been adjusted down even further due to the “limited success” of Muniz’s case (i.e. the comparatively small damages award).

Under both California and federal law, an attorney fee award must be adjusted to reflect limited success. (see Hensley v. Eckerhart, 461 U.S. 424, 440 (1983)).  There are two components to this determination. First, the trial court must remove from the damage calculation any attorney hours spent on “unsuccessful claims.” Second, the court evaluates the remaining hours to determine if they were “reasonably necessary to achieve the result.”

Muniz did drop two (2) additional claims (age discrimination and retaliation) before trial began, and elected to continue with only her gender discrimination cause of action. Although the court adjusted the attorneys’ fees down in light of these “unsuccessful claims,” UPS continued to cry foul and insist that the reduction was not enough. The appellate court explained in its decision, however, that there’s simply no meaningful way to determine just how many hours were associated in developing those unsuccessful claims. UPS based its argument on an assumption that all three claims took up equal amounts of time, which the court of appeal rejected. The court of appeal noted that, since attorneys don’t necessarily log hours based on individual causes of action, the trial court had to make an “educated determination,” to the best of its ability. Thus, the 9th Circuit held that the trial court was not “clearly mistaken” in refusing to deduct a larger amount.

The court of appeal also came to the conclusion that the measure of Muniz’s success was not insignificant and thus did not warrant further reduction of the attorney fees award, nor was the initial request for $2 million dollars so outlandish that it required sanction or outright denial of award.

In sum, the court sent a clear message that large attorney fees awards are perfectly appropriate for small verdict cases and that the trial court will be given a large amount of discretion when determining an appropriate amount to award.

What does this verdict mean?

This verdict has the potential to greatly impact future litigation. Although $27,000 might seem like a great verdict for most people, employment attorneys typically would not agree. Although attorneys dedicate themselves to the advancement of justice, every case has to be evaluated as an important business decision. Most plaintiff-side attorneys are small solo practitioners who simply can’t afford to invest tens-of-thousands of dollars and thousands of work-hours only to end up “in the red” after a successful case.

For example, Muniz’s attorneys were able to show that they had spent over 2,500 attorney-hours litigating the case, which is typical for a discrimination case by the time it reaches trial (which sometimes takes a year or longer).

Even one bad verdict has the potential to bankrupt an attorney, which is why they take great care to choose good cases and avoid risk when possible. Thus, many firms simply don’t have the resources to litigate small-damage cases like Muniz without some guarantee of attorney fees after a successful verdict.

As an employment attorney, I can testify to the fact that employers definitely litigate (fight) low damages cases differently than high damages cases, even though the law and illegal conduct are exactly the same for both. With small damages and nothing more, big employers have nothing to fear and are shockingly comfortable writing big checks to their own attorneys to fight these plaintiffs and “make an example” of them to their current employees (no matter how clear liability may be).

Luckily, with decisions like Muniz, good employment attorneys will be more and more willing to take-on smaller damages cases to hold employers accountable for their bad behavior. Additionally, employers will be forced to treat lawsuits from low wage earners with the same respect as higher-paid ones, as the end result will be equally as painful if a jury finds them liable.

This article was co-authored by law clerk Justin M. Odell of Chapman University School of Law