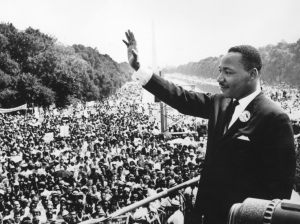 August 28, 2019 marks the 56th year from Martin Luther King Jr.’s “I Have a Dream” speech during the March on Washington for Jobs and Freedom, a defining moment of the civil rights movement.  The march prompted the federal Civil Rights Act of 1964, a landmark civil rights and labor law in the U.S. that bans employment discrimination on the basis of race, color, religion, sex, or national origin.

As per usual, California was ahead of the game and passed the Fair Employment and Housing Act (FEHA) in 1959.  The FEHA provides protection to employees against discrimination, retaliation, and harassment in the workplace, and applies to public and private employers, labor organizations, and employment agencies.  Further, the FEHA does not only protect employees, but also provides protection to applicants, unpaid interns, volunteers, and contractors.

All employment provisions of the FEHA’s anti-discrimination provisions apply to employers with five or more employees, and the FEHA’s anti-harassment provisions apply to all employers with only one or more employees.  The FEHA also prohibits retaliation against any person for making a complaint under the FEHA, for assisting another person in making such a complaint, or for opposing any practices in the workplace that would constitute a violation of the FEHA.

Individuals are protected from illegal discrimination by employers based on the following categories: