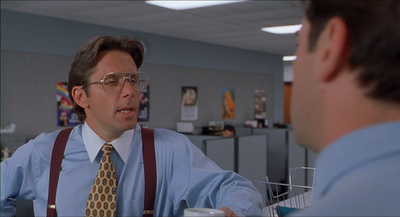 Didn’t you get that memo?

One of the most important new employment cases coming down from the California Supreme Court this year has definitely been Harris v. City of Santa Monica.

In a nutshell, the Court’s holding in Harris gives California Employers even more incentive to document and exaggerate the mistakes and shortcomings of their employees. This is because the California Supreme Court (in Harris) has effectively raised the standard by which an employee must prove discrimination in cases where the employer alleges “other reasons” for the employee’s termination (which happens in almost every employment discrimination case). This is what’s known as a “mixed-motive” or “same decision” defense: where an employer will argue that, even if they discriminated against the employee (oops), they would have still fired that employee for other reasons, usually “performance problems.”

Before Harris, an aggrieved employee only had to show that discrimination was “a motivating factor” in the employer’s decision to terminate him – meaning that the employer would be held liable for damages if any part of their decision was tainted with discrimination. This was consistent with California public policy, which has long held that an employee’s race, age, gender, disability, national origin, etc., should never play any role whatsoever in the way he or she is treated (and thus should never be a reason why an employee is fired).

The California Supreme Court was faced with a decision on whether to keep the “a motiving reason” standard or to adopt a much higher “but-for” standard, meaning that an employee would be forced to prove that he or she would not have been fired “but for” the discrimination.

In the end, the California Supremes split the baby and promulgated a brand new standard where employers are only off the hook if they can show that the discrimination was not a “substantial motivating factor” in their decision.

While it’s fortunate that the Supreme court didn’t adopt the lofty “but-for” standard, the new “substantial motiving” defense will still incentivize employers to muddy the water at trial with evidence of an employee’s alleged poor performance, and more specifically, to spend time creating that evidence during employment.

In a perfect world, this might seem fair. But an inherent problem lies in the fact that “performance standards,” as they are used by employers, are often very, very subjective. With this in mind, employers will be further incentivized into actively documenting a “history” of performance problems for each and every employee in preparation for a discrimination lawsuit that may never even occur.

Creating this type of “poor performance” evidence to help muddy the water was already a common tactic used by employers, but Harris now gives them an even greater reward for doing so: a complete elimination of money damages, even if they lose the trial and are deemed guilty of an unlawful employment practice. Under Harris, the most an employee could recover is injunctive and declaratory relief, meaning the a jury can hold that the defendant employer did in fact violate the law and/or order an injunction that the employer must stop discriminating against other employees. The plaintiff employee herself, however, gets nothing.

But Still Some Protection

It should be noted, however, that the Harris decision was not a complete windfall for employers. As part of its decision, the Harris court also held that, while the employee cannot recover money damages, the trial court can still award attorney’s fees, which are often extremely large by the time a case gets to trial. This will, at the very least, act as a bargaining chip for employees to use as a means to obtain a pre-trial settlement.

Additionally, the court held that the employer, not the employee, has the burden to prove a mixed-motive discrimination defense and that the employer must prove that they actually knew about the “other motivating reason” at the same time they terminated the employee and that they would have actually fired him or her for that exact reason. This keeps employers a bit more honest by preventing them from using past misconduct they may have fortuitously discovered after termination.

In any case, it’ll be interesting to see how the Harris decision affects employers’ day-to-day activities in documenting (or possibly fabricating) performance problems and how juries will stat reacting to the mixed motive defense in light of the new standard, including an existing jury instruction, CACI 2507, which has been revised after Harris to define “a substantial motivating reason” as “more than a remote or trivial reason.”